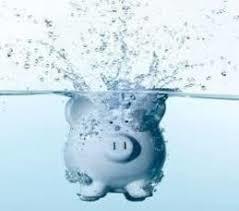 With the recent defeat on Tuesday, November 7th of a proposed sinking fund millage for Hemlock Public School District, Superintendent Don Killingbeck, and the Hemlock Board of Education will have to figure out how to pay for projects Killingbeck, says are “needs, not wants.”

If the proposal had been approved, revenues to the Hemlock Public School District were estimated to be approximately $500 thousand per year with monies earmarked for repairs or improvements to school facilities.

Killingbeck admitted he was “disappointed” to learn that the proposal did not pass. He said, “I understand everyone works from a limited budget and needs to make priorities and there is a level of uncertainty in the community about other non-school related projects.”

“Hindsight is 20/20. Obviously, we have to get more buy-in and do a better job explaining our needs to people,” said Killingbeck. “The vote was so close — 31 votes between winning and losing. For me, it’s hard to gauge, other than bad timing.” Killingbeck said that he looked briefly at the vote totals by precinct and noted it was a close vote nearly everywhere.

Over the last few years, the board has brought the operational budget in line and has produced better financial results. Killingbeck said, “I commend the Board of Education over the last five years for working from a balanced budget approach, all the while we increased our approach to customer service, and enhancing offers, and programs to students and families. The difficult part is we have some real needs that will either go unaddressed or cut into operational dollars that ultimately affect our children.”

Board President Dr. Ellison said, “The Superintendent and Board of Education have worked hard to make Hemlock fiscally sound over the last few years.  The loss of the sinking fund millage is disappointing because it was meant to address real needs in the district that still remain of concern. The question will be how to address these issues without reversing all the hard financial work the district has done.”

Hemlock Public School District continues to be a destination for students and families who are seeking a safe and sound educational environment.

Killingbeck said he plans to stay positive and upbeat in the face of this loss and keep a growth mindset that recognizes it as an opportunity, explaining that people with a growth mindset see failures as a temporary setback and associate success with work ethic and diligence.