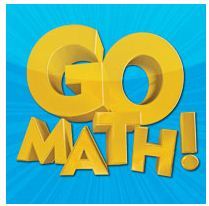 The Hemlock Middle School Math Department has completed an overhaul this school year with the purchasing a new book series, GoMath!

The series comes from the Houghton Mifflin Harcourt Series, that includes digital interactives, consumable student editions for each student to be able to write notes into their own book, and a Personal Math Trainer to best involve the recent 1:1 Initiative in the school with Google Chromebooks.

This is the first time each middle school grade level will be structured with the same text series and pacing guides.  While it is the 6th-8th grades that received the new series this year, Rachel Garrett’s 5th-grade classroom has had the GoMath! series for some time.  “We have been using GoMath! for the last 5 years in math. The students will be familiar with the program as they encounter the same lesson format in the upper grades.”

Due to students using GoMath! last year, the transition from last school year to now has been easier for Jeremy Doan’s 6th-grade classrooms.  “The students being familiar with the series has been helpful.  They are used to writing in their textbook and owning their own work.  This textbook is more geared towards middle school students than last year’s version as 5th graders, so it’s also new to them, which is good.”

8th-grade math teacher, Shirlee Finch, comments about the new series in her classroom. “Our new GoMath! series has really helped our 8th-grade students relate their daily math lessons to their future careers in math.  Today, as they were learning to solve systems of equations, they also learned they will need this skill to become a Hydraulic Engineer.”

Meanwhile, in 7th-grade, Jeremy Stedry’s class has been going full-interactive with their Google Chromebooks.  “Having help with pacing my lessons has made it easier to find other avenues to best stimulate student learning.  This includes creating new projects, challenges, and tasks inside the math classroom.”