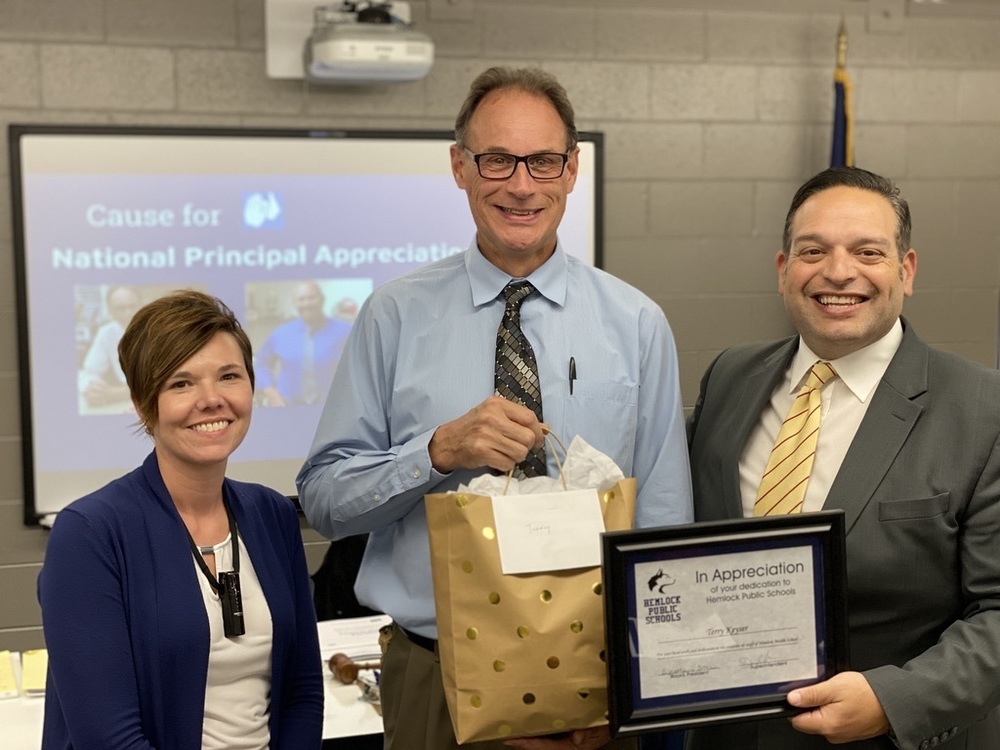 Hemlock, MI – Hemlock Public School District celebrates an educational career that spans 4 decades and bridges 2 centuries and millenniums in Middle School Principal Terry Keyser. Principal Keyser has announced his intention to retire at the end of the 2019-2020 school year.

During his tenure with the Hemlock Public School District, which started in 1998, Keyser started as the Middle School Assistant Principal and athletic director and then was quickly promoted to the building principal and district curriculum director.

Over the years at the Hemlock Public School District, Principal Keyser has led to support students in the middle. Often you might catch him saying, “The good stuff is in the middle.”

He is most proud of his work championing 1:1 instructional technology, supporting innovation with the district-first classroom of the future, implementing positive behavior intervention supports, and developing plans for upgrades and improvements to the middle school.

Superintendent Don Killingbeck said, “It has been a pleasure serving alongside Terry Keyser; he is a great team player.”

The district is reviewing the organizational structure and will likely have a posting out shortly for the vacancy created by Terry Keyser’s retirement.